Boswellia is also know as Indian frankincense, salai guggal, moreover boswellin. The proper botanic mark for boswellia is Boswellia serrata. It is derived from the resin of the bark from the Boswellia tree. While it grows in many things in Southeast Asia, it is found abundantly found in the Indian subcontinent.

Boswellia is available in either pill or capsule form. The dose for most people is generally 300 mg to 400 mg taken three times a day.

For a product to be effective, it should contain as much as 60 per cent boswellic acid. It is the boswellic acid that contains the active ingredient. A number of nutritional supplements now mix boswellia. Look for a reputable manufacturer.

The condition for which boaswellia has had probably the most supporting evidence for a good quality effect is arthritis.

The most convincing study made an appearance in 2003 (Phytomedicine. 2003 Jan; 10(1): 3-7) when a research study examined thirty patients with osteoarthritis from the knee. Half of the patients received daily supplementation with 333 mgs of Boswellia. The other half received placebo. After the first intervention, washout was given as well as groups were crossed over to get the opposite intervention for nine weeks. All patients receiving boswellia reported decrease in knee pain, increased elbow flexion and increased being distance. The frequency of swelling covering the knee joint was slighter. Radiologically there was little if any change. The observed variations between drug treated as well as placebo being statistically considerable, are clinically relevant. Boswellia serrata extract was well tolerated by the subjects except for the bare minimum gastrointestinal symptoms.

The conclusions were: "Boswellia serrata extract highly recommended in the patients of osteoarthritis from the knee with possible therapeutic use in other arthritis. "

Other research has demonstrated anti-inflammatory and analgesic properties. Diseases that happen to be studied where good results wound up reported include rheumatoid rheumatoid arthritis, osteoarthritis, inflammatory bowel illness, and bursitis. 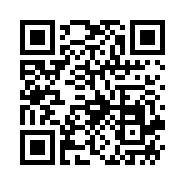