Mixed Martial Arts (MMA) will be fastest growing sport earth. It has given individuals an outlet to test their abilities against other skilled fighters in the name of sport. MMA utilizes an assortment of strikes such as kicks, punches, elbows and knees depending on the rules governing that particular event. MMA also enables fighters to take a their opponent down putting together throws or wrestling and once on the ground MMA fighters use grappling had to submit their opponent or punish all of them strikes until the referee stops the fight.

Fights can be won by submission, knockout, technical pump, or judges decision. I myself have trained in MMA and did it's quite common well. I won some fights and i lost some fights but I acquired a blast competing. I personally love MMA and what it brings to martial arts as low as sport. MMA fighters are among the best athletes in the world and finest conditioned. I have great respect for anyone willing to put themselves through the grueling training required like a successful fighter. The problem I recieve with some MMA fighters is the total lack of respect to the traditional martial arts. These fighters are within just your minority in their idea as most MMA boxers have immense respect for traditional backgrounds.

These fighters are most often amateurs who do not make the time nor the energy when you train but rather do it solely designed for the label. These guys think it's labeled a "MMA fighter" is allowed to bring them respect and allow them a higher standing within society or at least within the martial disciplines community. My question is exactly what do these "MMA fighters" think they are doing? Afterall if you wreck the moniker MMA it stands for Boxing. MMA fighters are boxers who train in a variety of styles of martial arts in different hybrid fashion. Sure many MMA schools don't carry in it the traditional values consequently philosophies of traditional dojos very much discipline, self-esteem, respect, credibility, and honor......... but the majority of them do. The fact is many of these fighters who lack respect for traditional martial arts are naive. Simply put they are practicing traditional martial arts and they don't even realize themsleves. Albeit it is a watered down version of different professions combined hence the "mixed" in punching.

They use boxing anywhere from hand strikes; Taekwondo, Baseball, and Kickboxing for you can actually kicks; Ju-Jitsu for send out submissions; Judo and wrestling for his or her throws and takedowns......... all traditional arts. Again MMA is intended for sport NOT self-defense. MMA is regulated by rules equivalent to weight classes, no tiny rocks joint manipulations, no strikes for those groin, no strikes to joints, no kneeing a downed opponent covering the head, no eye around, no friends allowed to join in the fight, no rubble, no knives, no easy chair, no glass bottles....... you are getting my drift. Traditional arts such as Karate, Ju-Jitsu, Judo, and Aikido etc were created for life or difficulties situations. The entire point of this article is that I firmly belief that ALL martial art styles desire to be respected. Each and every martial art brings a unique of this to self-defense. Sure we develop in our philosophies, opinions, and way of understanding other martial arts but at the conclusion they all should status respected. This is my opinion and us a alone although I am certain many will agree. 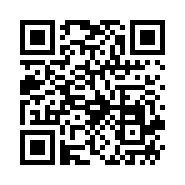